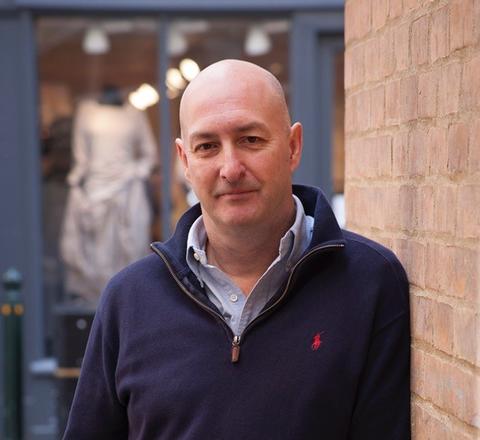 Anyone who suffers from asthma is probably already aware that breathing cold air, even just at rest, can lead to a worsening of respiratory symptoms, including a feeling of tightness in the chest and difficulty in breathing. In fact, the response to breathing cold air is used by medics as a test for this specific type of asthma. In periods of very cold weather in recent years, organizations such as Asthma UK and the NHS have put out alerts to warn people with asthma of the risks. “Cold weather is a common trigger for asthma symptoms. 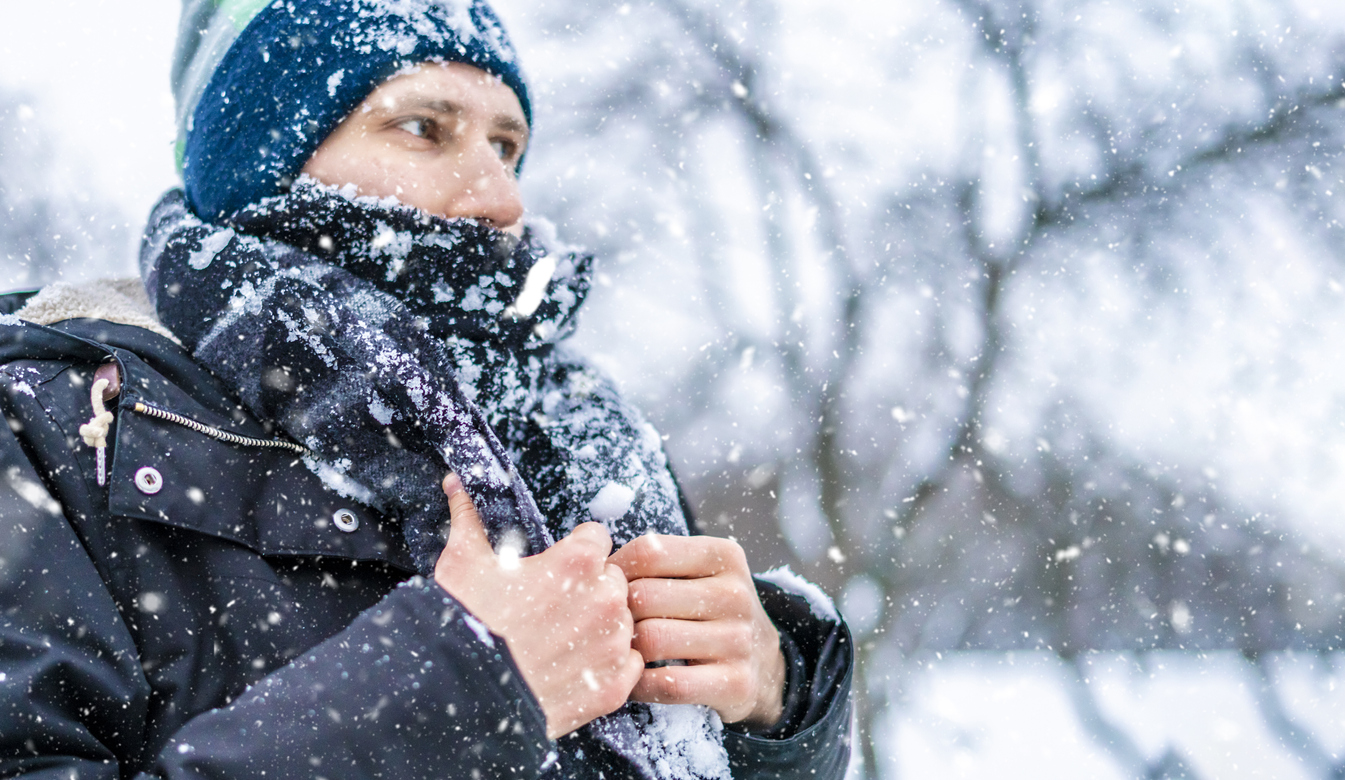 Asthma UK advises the following to help you control your symptoms in the cold: [including] wrap a scarf loosely over your nose and mouth – this will help warm up the air before you breathe it; try breathing in through your nose instead of your mouth – your nose warms the air as you breathe.” Its also advisable for people with moderate to severe asthma to avoid strenuous exercise in cold weather. This is because

exercise increases the amount of cold air that enters the lungs and the faster and harder you breathe the less your upper airway is able to warm and moisten the inspired air (the air breathed in).

This response to cold was first recognized and widely studied in athletes and people taking part in winter sports and it was quickly termed “ski asthma” as it was found to be very common in cross-country skiers. This was in the early 1990’s. This year a large study of young skiers in Sweden between 12-15 years of age suggested that around a quarter of them had signs of asthma. A study the previous year found a prevalence of 34% among female skiers and 20% among male skiers.

Breathing cold air and especially breathing cold air during exercise has two main effects on the respiratory system. The first is that it leads to a feeling of tightness/difficulty in breathing and wheezing. This is due to a narrowing of the airways or bronchoconstriction. This happens when the nerves in

the airways are stimulated by the cold air and cause the muscles that surround the airways to contract and makes the bronchioles smaller. This can happen very rapidly – within minutes. It may also be uncomfortable and anyone affected may have the sensation of dyspnoea – difficulty in breathing. A second effect of breathing cold air is that this causes the airways to become inflamed. This can lead to white blood cells and mucus collecting in the airways. This in turn can make the airways more reactive to cold – a vicious cycle. And this can mean that the response to cold air can become stronger and stronger, to the point where either its impossible to exercise in the cold or that cold air can lead to a severe asthma attack and hospitalization. Deaths due to asthma peak in the colder months of the year and in years that are particularly cold. 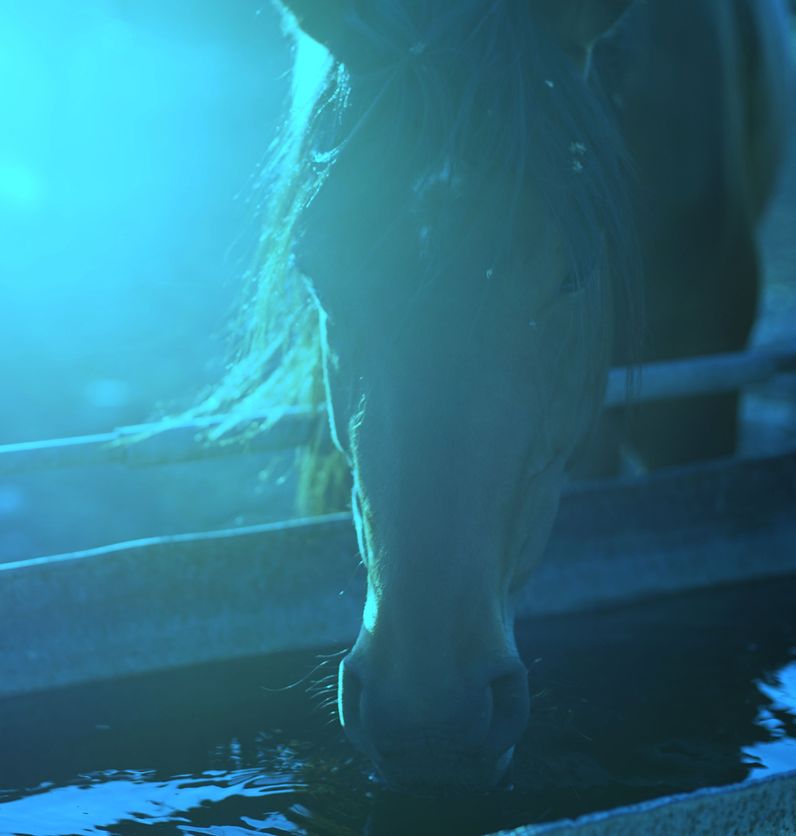 The actual cause of the activation of the nerves in the airways that leads to inflammation isn’t the cold itself. What is interesting is that it is due to drying of the airway surface. The inside walls of the airways in the lungs are “wet”. They are covered by a layer of watery mucus. To stop them collapsing special cells in the airway walls secrete a substance called surfactant – washing-up liquid or soap is a surfactant! So to function properly the airways need to be wet; one of the reasons its important to stay well hydrated when you have a cold or flu or a chest infection. The interesting thing about air is that as you make it colder it holds less and less water – that is cold air is very dry. This means that when it reaches the lungs it pulls a lot

of water from the airways. And its this which leads to the inflammation.  What has all this got to do with horses I expect many are thinking? A lot. We started off with terms like “heaves” or “broken-wind” which described how horses appeared. We then moved to the term COPD (chronic obstructive pulmonary disease) but as this became used exclusively in human medicine for the disease caused by smoking, it became clear that this term was no longer appropriate and the term Recurrent Airway Obstruction (RAO) was adopted. In recent years it has become clear that what we see in horses is extremely close to human asthma and so the term equine asthma is now the preferred term. We tend to think of equine asthma as being caused by poor air quality, either in the stables or out, and due to molds, bacterial endotoxin, pollen, physical dust, pollutants (e.g. PM10, ozone, SO2, etc) but we have also shown that when horses exercise even at a slow canter breathing air at +5°C that this leads to airway injury. We also demonstrated that 48h after submaximal exercise at -5°C, there were still signs of airway narrowing (bronchoconstriction). There are also some studies which suggest that the occurrence of Exercise-Induced Pulmonary Haemorrhage (EIPH) is higher in colder weather.

So what does this mean in practical terms? If you have a horse that has been diagnosed with Equine Asthma then it would be advisable to avoid hard exercise on cold mornings when the air temperature is less than +5°C. This would be especially true if the horse appears to struggle or be less willing on cold days and/or has a history of EIPH. The other steps that you should take would include ensuring that the stable air quality is as good as possible by maintaining good ventilation and using low-dust bedding and forage such as steamed or soaked hay or haylage. Feeding haylage, soaked or steamed hay in winter is also beneficial for the gastro-intestinal tract as cold weather can reduce water intake and increase the risk of impaction colic. Haylage and steaming are preferable to soaking hay in winter as soaking bins can freeze over and very cold soaked hay may not be as palatable. Feeding a supplement high in antioxidant Vitamins C and A can also help support the respiratory system. Your veterinarian may also choose to provide an oral bronchodilator such as clenbuterol and or inhaled steroids. However, the best advice in the case of affected horses is avoidance. And if you are also an asthma sufferer, then avoiding riding and especially fast or hard work in cold weather will benefit both of you. You can also make this an interesting dinner party topic of conversation by asking other guests what disease they think both you and your horse share? Few are likely to guess! How Horses Adapt to the Winter Season

For many of us in the northern hemisphere winter has...