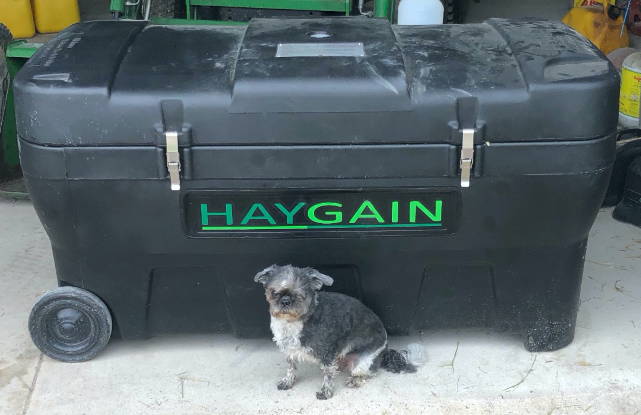 Four of Dara Israelson's six horses are unemployed. They're older and either rescued or retired. Two younger horses at her hobby farm, Idas Wish Stables in Newmarket, Ontario, are ridden regularly, but not with ambitions beyond the simple pleasures of horse and human enjoying each other's company.

The fact that her horses are not "performance horses," however, doesn't diminish Dara's intense approach to ensuring they are as healthy and happy as possible. And especially for the two older horses suffering from Severe Equine Asthma, also known as "heaves." Madison, a Clydesdale mare, has a very advanced case and Bosco, a Thoroughbred, a milder version of this often-irreversible condition on the far end of the Equine Asthma Spectrum. Both are in their 20s.

Reducing the amount of dust and airborne irritants in the horse's environment is a standing recommendation for horses suffering any degree of respiratory issues. (It's an important preventative step, too.) That's why Dara had been wetting Madison and Bosco's hay, even at the cost of stinky odors that she suspected were as unhealthy as they were rank.

"It smelled gross!" she explains. "Sour and moldy and I thought that it was removing anything yummy and nutritious from the hay." Post-soak effluent that "looked like urine" was another clue that soaking the hay was far from an ideal option, even though it does dampen down some of the dust. Research has determined that soaking hay for even 10 minutes increases bacteria content by 150%, and the effluent from this process is filled with contaminants.

When mention of Haygain hay steaming popped up on a friend's Facebook page, Dara was instantly intrigued. "It seemed like an awesome idea," she says of the high-temperature steaming process that eliminates up to 99% of the dust, mold, bacteria and other allergens found even in good quality hay.

From Stinky to Sweet! 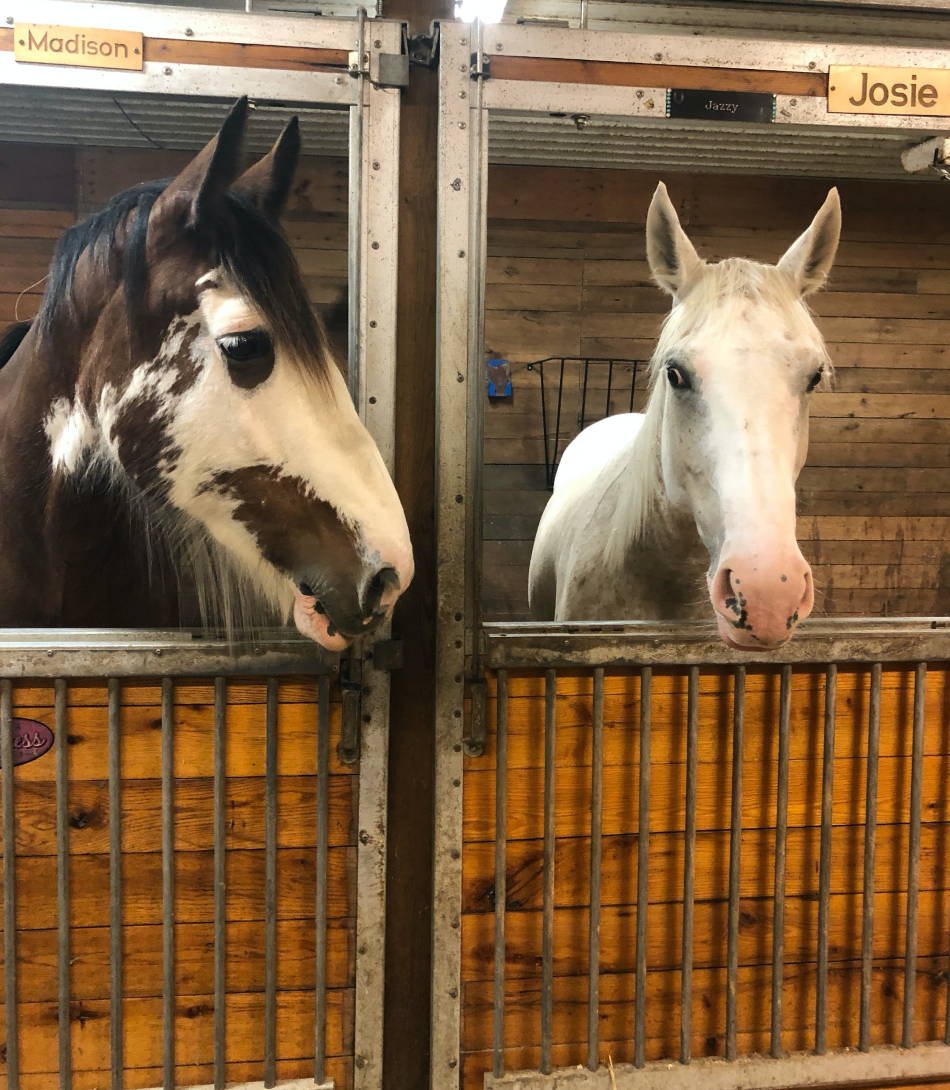 The switch to steamed hay greatly improved the barn air quality, Dara reports. "The smell in the barn is completely different and the smell of the steamed hay is so good it makes me hungry when I feed it in the morning." Along with smelling good, steamed hay actually is good: the process retains virtually all of its pre-steam nutrients. Dara's horses show the same preferences for steamed hay over dry or soaked that have been demonstrated in multiple studies. Increased appetite translates to more nutrients for the horse and less waste for the cleaning crew and the barn owner's budget.

Sadly, steamed hay may have come into Madison's life too late. At its most advanced stages, heaves can be very tough condition to manage. Even the strongest measure, the corticosteroid prednisone, is not helping the mare at the moment. Committed to giving all her horses best care throughout their lives, Dara remains hopeful that Haygain and other measures will help over time.

She knows that the lungs function as an air filtration system. Unlike a household air filter, they can't be swapped out for new. Instead, the process of removing accumulated dust and irritants from the equine lung can take a long time. In some cases, it's not possible. The resulting inflammation restricts the airways, requiring the horse to "heave" air out with a big push from the abdominal muscles.

Concurrent with adding the Haygain steamer, Dara is reducing stall bedding to a minimum, especially in areas where horses put their heads down to eat. She hopes these measures will help the charming Clydesdale live out a comfortable life. At the very least, Dara knows the air quality improvements made to help Madison and Bosco are helping the rest of her horses because respiratory disease is much easier to prevent than to cure. 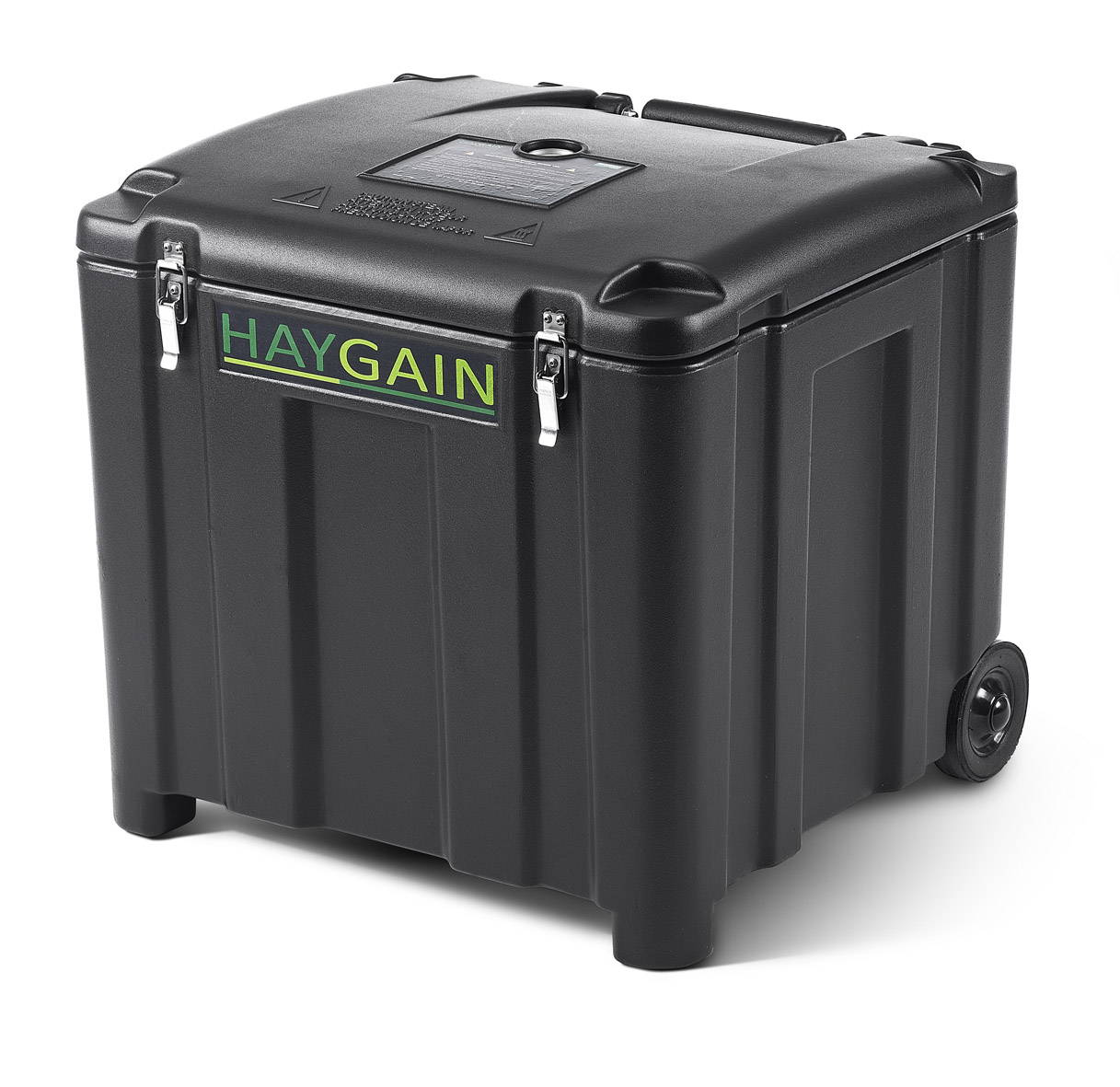