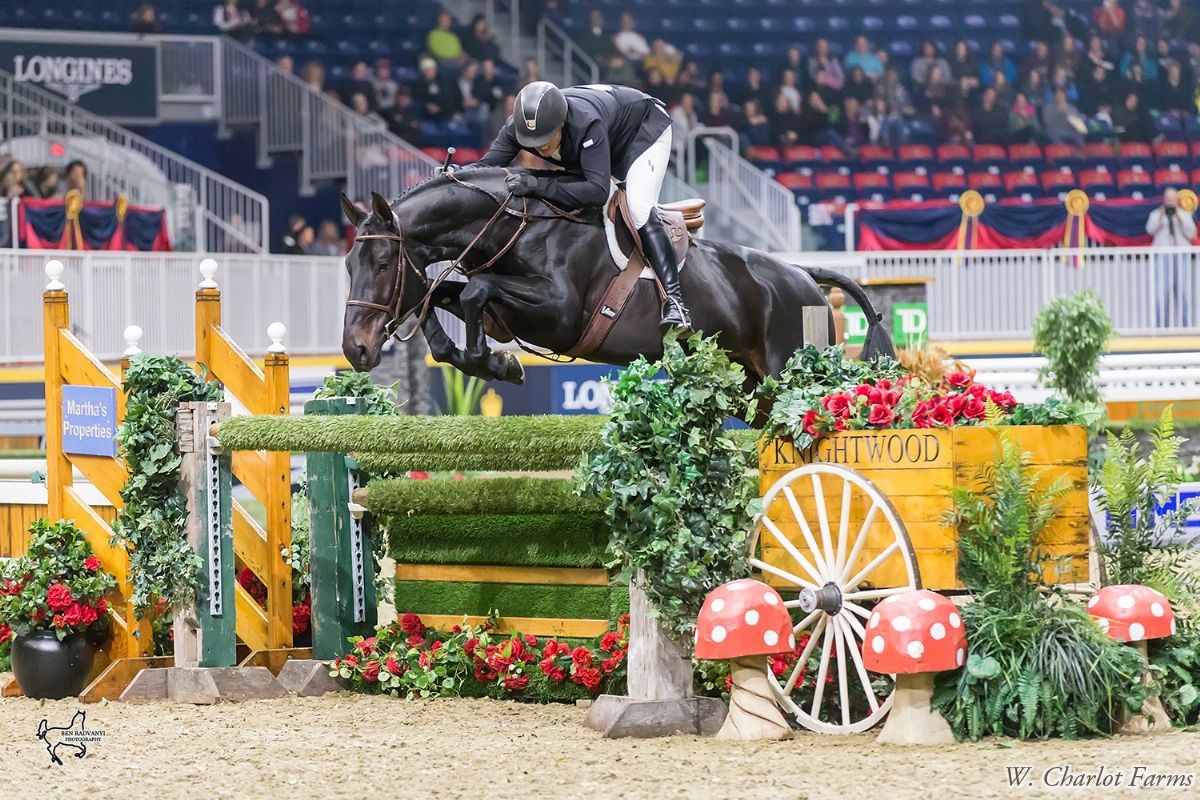 Kristjan Good told Horse Sport Magazine last year. That flow has been steadily on the rise for the in-demand hunter trainer and catch rider. So much so that "Hunter King," "Derby King" and "Derby Whisperer" nicknames grace headlines and viral posts regarding the unassuming 31-year-old Canadian's latest accomplishments.

Last summer's Open Hunter Derby sweep at the July Angelstone Tournament was one of several feats that support those monikers, even as the modest horseman downplays them: Kristjan rode to the one, two and three spots on Salvo RSF, Chantilly Lace and Diamo Blue. Last fall at the Royal Horse Show, Kristjan and Shannon Walter's Chantilly Lace won the $15,000 Braeburn Farm Hunter Derby. After the long break in equestrian competition, Kristjan and several horses are on track to resume the ascent in the sport.

Show ring success spurs nicknames and headlines, but it's success in managing and training horses that put Kristjan in that spotlight. That's why he turned to Haygain Steamed Hay last year when two of a client's horses developed a mild cough. They occurred after a change in location, but were otherwise "out of the blue" for both.

An occasional cough in a person is usually nothing to worry about, and many mistakenly assume that's true for horses, too. Not Kristjan. He knew that even mild, sporadic coughing can be an indicator of respiratory disease that affects over 80% of active sport horses.

Inhaling dust loaded with respirable irritants and allergens is a main cause of non-infectious respiratory disease. Haygain high-temperature steaming reduces up to 99% of the dust, mold, fungi, bacteria and other allergens found in hay, even in hay of good nutrient quality. Shortly after the two horses started on steamed hay, their coughs disappeared completely. Kristjan is grateful to one of his owners, a surgeon, who suggested the Haygain steamer for these horses. It's typical that equestrians with a medical background instantly understand the horse sense of feeding clean hay.

Along with respiratory benefits, steamed hay improves digestion, hydration and appetite. Plus, it smells wonderful.

Kristjan is based at Rougemont in Ontario's Puslinch. In a "normal" show world, he's not there much due to being out on the circuit regularly. "I think I rode 18 horses today," he said enthusiastically after an early August day at the Summer Festival at Caledon Equestrian Park in Ontario.

Kristjan has elevated catch-riding to an art form. He got hooked on horses while accompanying his mother Wendy to the barn when she took lessons. His formative equestrian years were spent riding at a sales barn, Jane Casselman's Touch 'N' Go Farms. There, he developed the unique gift of hopping on unfamiliar horses and quickly assessing what kind of ride they'd most benefit from. "I like the catch riding and always trying to get the best out of them," Kristjan says. His talents have taken him to winners' circles throughout Canada and the United States.

He likes being home, too. Kristjan is grateful to have a regular clientele of 10 or so horses at his Rougemont base. The set-up is a unique collaboration between family, friends and clients. They handle the business side of stable management, enabling Kristjan to focus on what he does best: the horses.

Haygain is proud to bring Kristjan on board as an ambassador. Along with the HG One hay steamer that stays at Rougemont, Kristjan will soon be travelling the circuit with an HG 600, the mid-size and most popular of Haygain's three steamer models. In the past, Kristjan's team wet the traveling horses' hay to reduce dust. That messy process does reduce some dust, but not nearly as much as high-temperature steaming. Unfortunately, wetting or soaking hay can also increase mold and bacteria, so it's a poor option for any horse and especially for those campaigned by "the King."

Haygain Hay Steamers eliminate up to 99% of the dust, bacteria, mold and fungi found in even the best quality hay that can have a detrimental and irreversible affect to a horse's health. Find out more :

What other Champions say