The correlation between healthy respiratory function and peak performance is clear for obvious and not-so-obvious reasons.

The horse world has been abuzz with high-flying equine performances at the FEI World Championships in Denmark and Italy these last two months. At that level of the sport, those caring for the elite equine athletes know that peak respiratory health is critical to their peak performance.
For us mere mortal horse carers, however, it can be difficult to recognize when respiratory challenges affect our horses’ performance and, more importantly, their overall well-being. Early signs of trouble are easily missed.
After lameness, most veterinarians look for compromised breathing and respiratory function as the most likely reason for decreased performance. 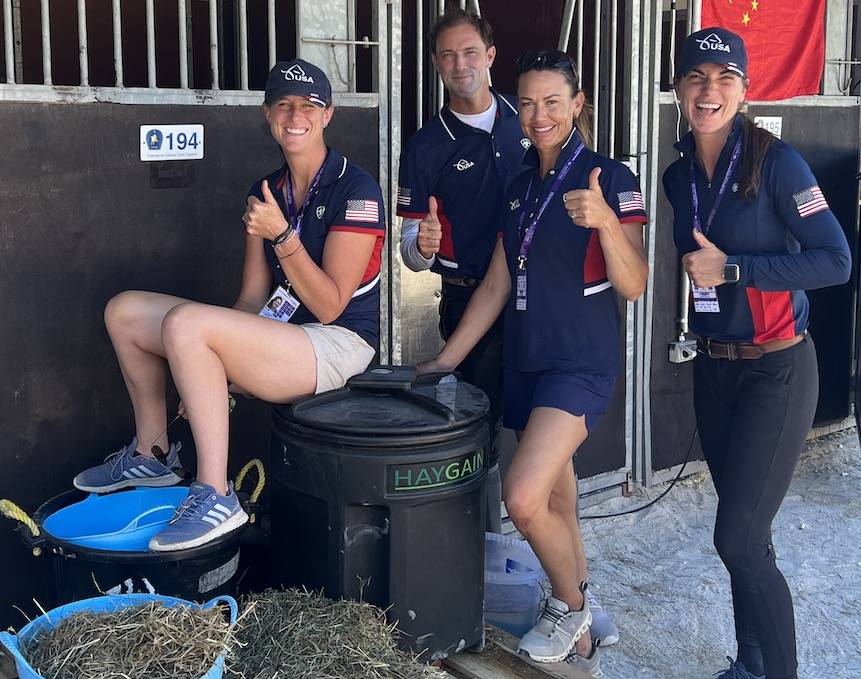 Renowned sport horse veterinarian Emmanuelle Van Erck Westergren sees this is in her daily practice and in the results of a 2019 study of over 700 active sport horses referred for poor performance and/or suspected respiratory issues.

"Most of the complaints were very unspecific. ‘Feeling heavy' is a top complaint,” she explains. “Heavy breathing, breathlessness, lack of energy and slow recovery times are more common complaints. Owners seldom noted coughing or nasal discharge, which are more clear symptoms of respiratory problems."

Unlike humans, horses can become oxygen deficient even at lower levels of exertion. Several reasons for this include:

• Horses breathe only through their nose.

• Narrow upper airway and the long distance from there into the lungs.

• Horses have a higher heart rate, resulting in faster circulating blood. That means the blood doesn't stay anywhere long enough to output all the oxygen it carries.

"We have tracked 400 cases in which horses were referred to our practice for poor performance," says Dr. Van Erck Westergren, of Equine Sports Medicine Practice in Belgium. "Between 50% and 80% had some degree of respiratory disease. Eventers had 100% and international show jumpers had 85% at the high end, while driving and leisure horses were at the ‘low’ end with 50% affected. In the study published in 2019, we found that 88% of 731 horses referred for poor performance had Inflammatory Airway Disease, a range of conditions on the milder end of the Equine Asthma Spectrum."

Mild and moderate Inflammatory Airway Disease are reversible conditions. At the other end of the spectrum, Severe Equine Asthma is not curable, only manageable.

Putting a premium on prevention…

Cleaning up the horse's environment is the most effective and easiest way to protect respiratory health: "Stables don't have to be sterile, but they do have to be clean," notes Dr. Van Erck Westergren.

• Ventilation with air circulation and renewal.

• NO leaf blowers in the barn aisle when horses are present!

• Examine walls for mold, especially those near hay storage.

• Feed clean hay with Haygain high temperature steaming that eliminates up to 99% of the dust, mold, bacteria found even in hay of good nutrient quality.

"When it comes to preventative medicine, Haygain is something that speaks for itself over time," says Dr. Van Erck Westergren. "That's why you don't see many hay steamers for sale second-hand. Once horse owners adopt it, they don't go back."

The prevalence of Haygain High Temperature Hay Steamers at the World Championships speaks to the reality that Haygain is part of the standard of care for elite equine athletes. "I love smelling the aroma of freshly steamed hay in all of the barn aisles," noted one equestrian while walking the stabling at the Eventing Championships. "There isn't a country represented here that isn't using a Haygain steamer." 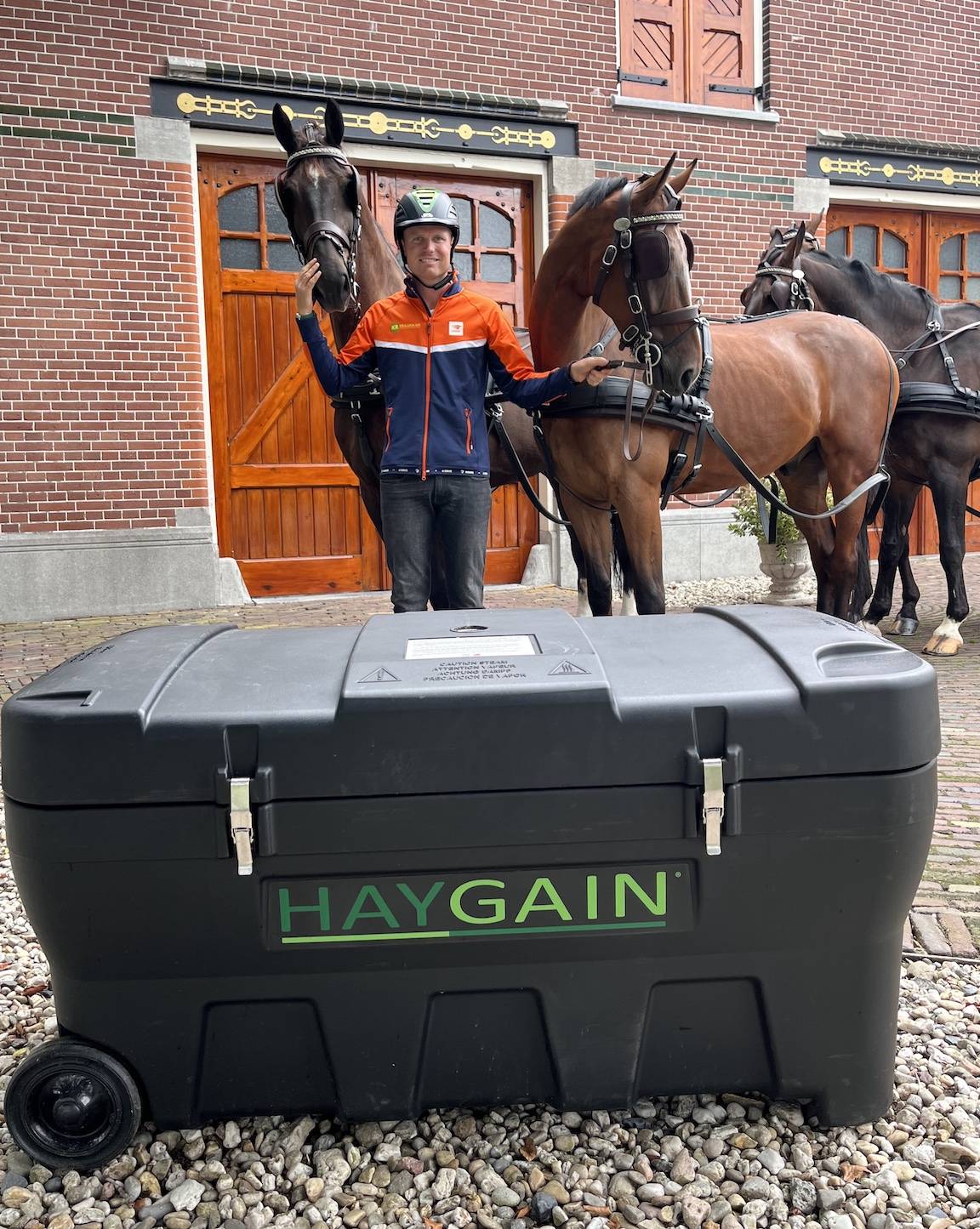 Because it reduces up to 99% of the respirable particles commonly found in forage, Haygain Steaming is critical for peak respiratory health.

However, it’s not just top sport horses that are helped by Haygain. Along with the respiratory benefits, Steamed Hay has up to triple the water content of dry hay to aid hydration and digestive health. Haygain’s appetizing scent and taste help horses get the nutrients they need for any level of activity or performance.

Hay is critical for most horses’ overall health. Haygain Steaming increases the health benefits of that forage while reducing the respiratory risks that can come with it.