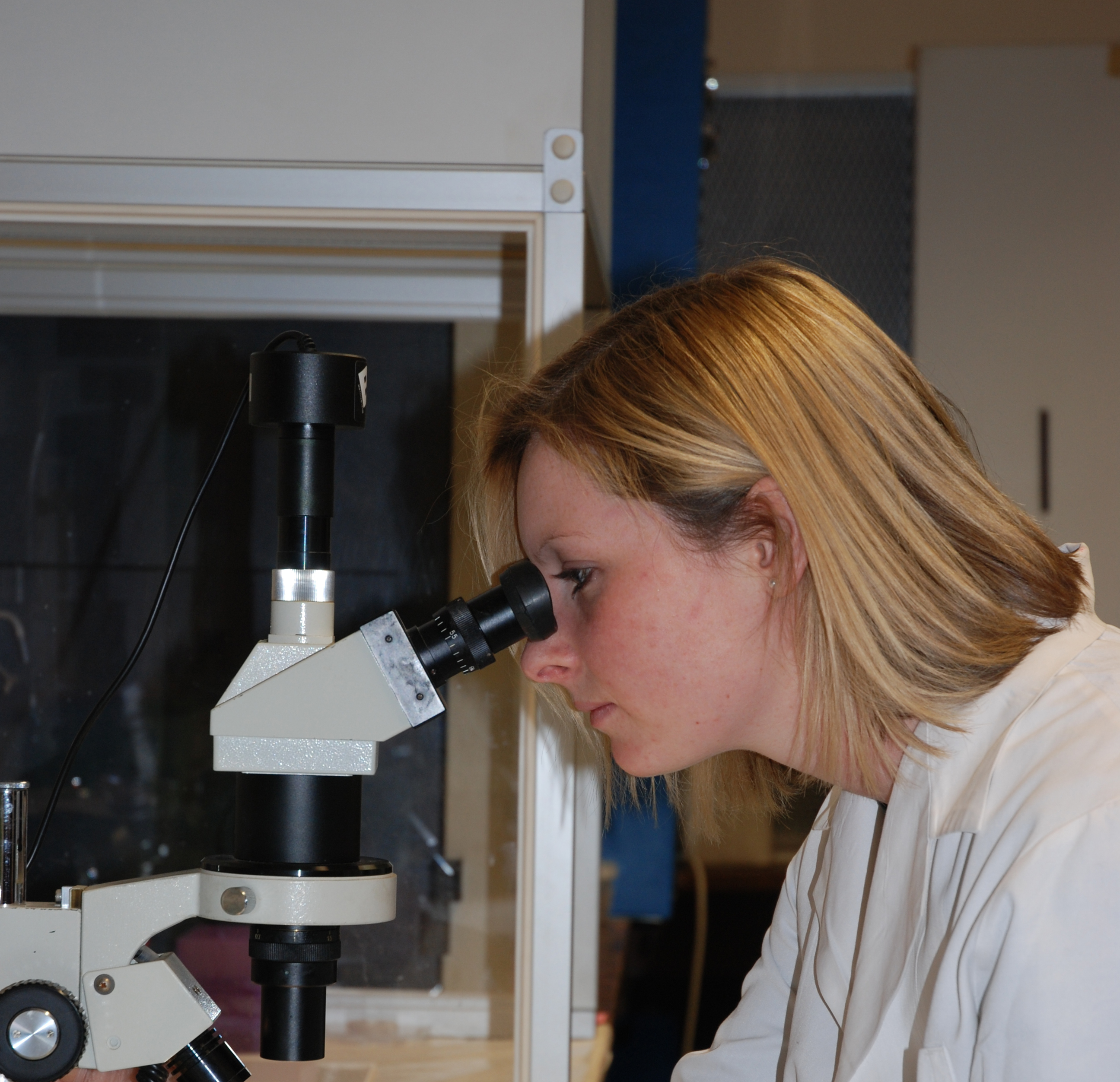 A stable is not a natural environment for the horse, potentially exposing it to a high concentration of airborne respirable dust. The dust is composed of pollen, mould, bacteria, insects and plant fragments. If your horse spends a lot of time in the stable it is important to try to minimise exposure to this dust to avoid inducing respiratory problems.

Multiple studies have demonstrated that the level of dust within the stable is influenced by forage type, bedding material and management regime. So the activities that take place while the horse is in the stable, such as mucking out and sweeping can have a major impact.

The choice of bedding and whether you muck out each day or do deep-litter influences the level of dust in the general environment. Dauviller et al 2018 clearly identifies, straw bedding (and dry hay feeding) as significant risk factors for Inflammatory Airway Disease and for the presence of fungal elements in equine airways. 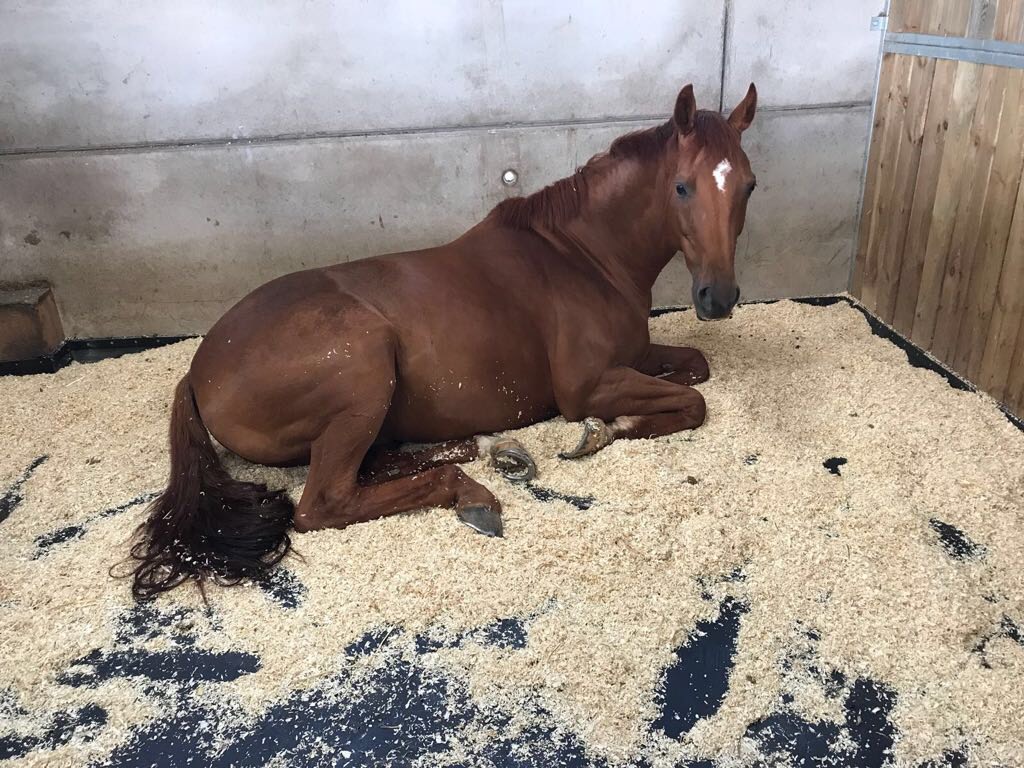 Choosing a low-dust bedding option such as dust extracted shavings or wood pellets helps to reduce the dust generated from bedding but the addition of a sealed flooring system like ComfortStall will make a further difference. Less bedding is required, often up to 75% less and of course the less bedding, the less dust in the stable environment.

Beyond the bedding a major influence in terms of what the horse is inhaling in it’s breathing zone is the forage.

Researchers use cyclone personal air samplers to measure the level of dust in the horse’s breathing zone. These operate by removing larger particles from the airstream using centrifugal motion before entrained smaller (respirable) particles reach the collecting filter. Particle numbers can then be counted or weighed and expressed as airborne respirable particles per litre of air. 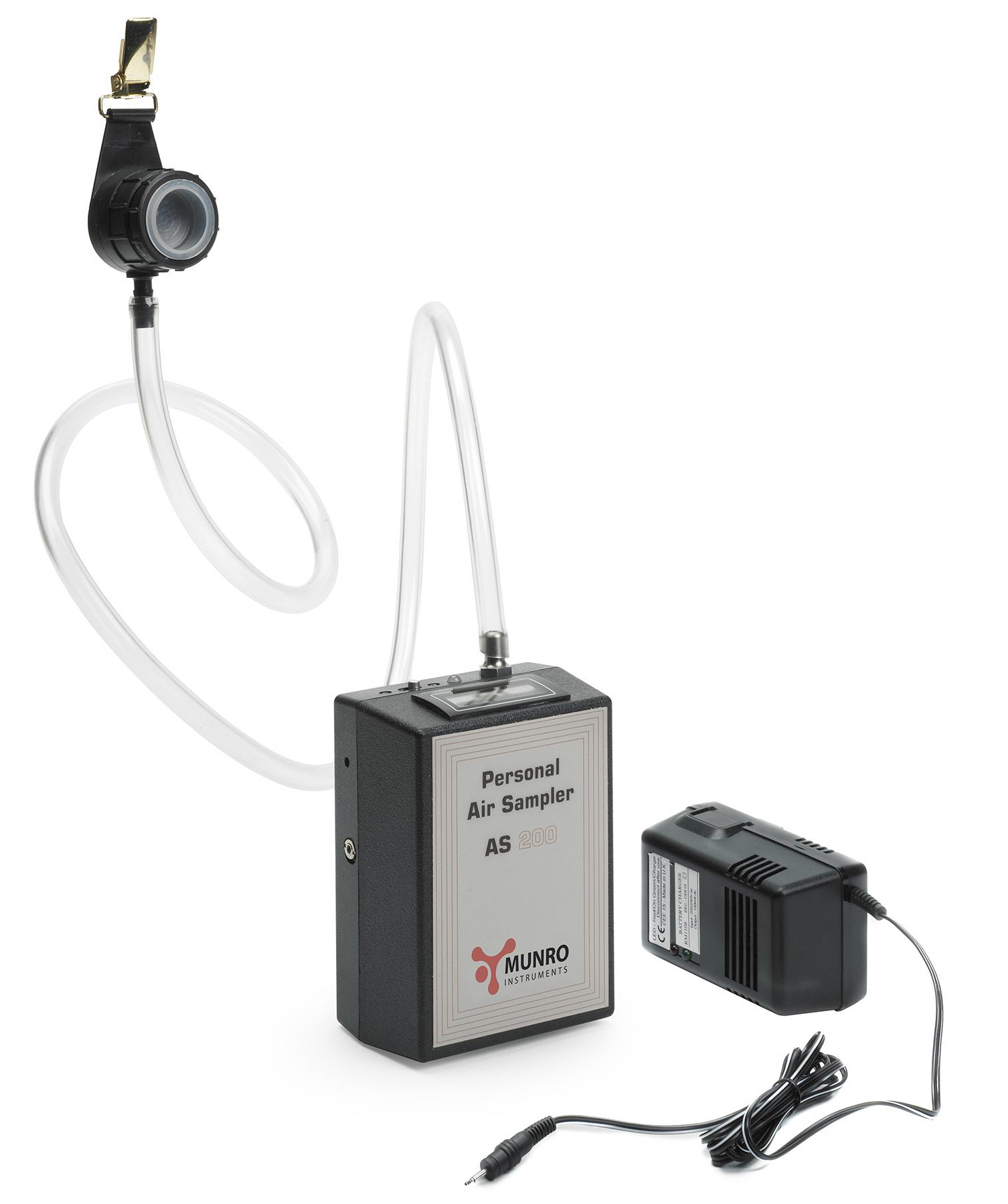 Research behind these statements

Woods and colleagues demonstrated that switching from poor quality hay and straw bedding to complete pelleted feed and wood shavings as bedding reduced dust by more than 50%. Moreover, breathing zone total and respirable dust levels were reduced to 3% of that  measured under the conventional management practices.

Auger and Moore-Colyer investigated the relationship between airborne respirable dust in the breathing zone and the general stable zone when horses were kept on different management regimes, in either American barn or straight block stables. The researchers measured dust levels in 72 individual stables, measuring airborne respirable from both the stable zone and the breathing zone. 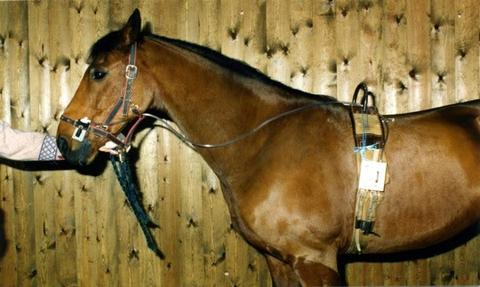 You can see in this picture how the researchers have used some familiar horse equipment to rig up the cyclone next to the horse’s nose to measure the dust in the breathing zone while the horse goes about its usual stable activities! 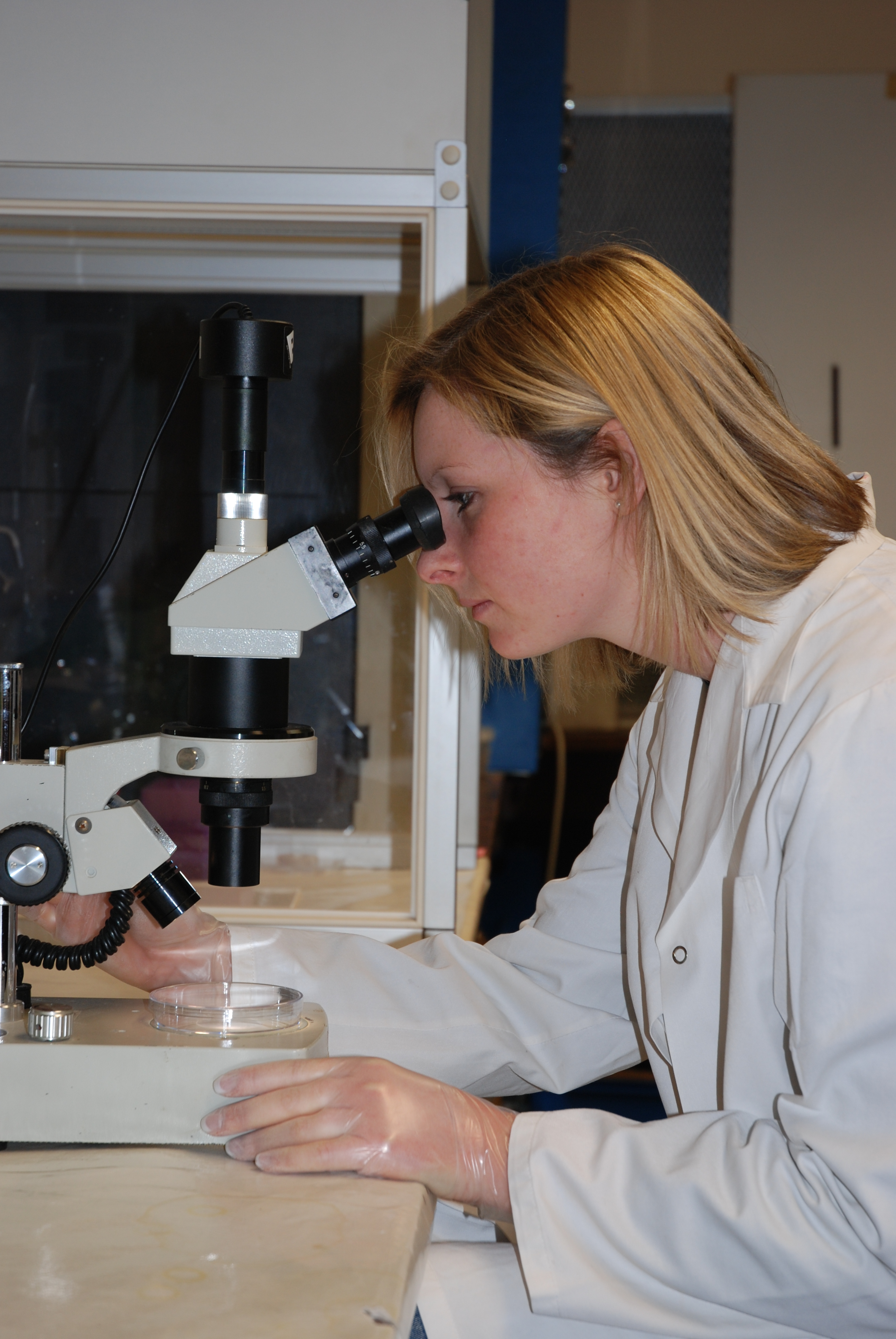 The lowest respirable particle concentrations for both stable designs were with shavings and Haygain steamed hay.

Daytime total and respirable particulate concentrations have been found to be nearly double the concentrations measured overnight, independent of management system, further reinforcing the impact of activity within the barn on particulate exposures. 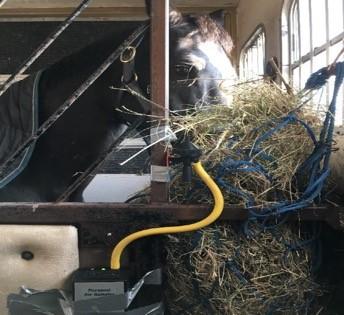 Whilst all of the contributing factors have an impact on the horse’s respiratory system it really is what is in the breathing zone that counts as Woods and colleagues noted:

"When ventilation rates are high approx 5 changes of air/hour (thus maximizing the chances of removing dust from the stable) the dust concentration measured in the stall grossly underestimates the breathing zone dust challenge'" Woods, et al., 1993.