Steaming on Track to be New Tradition

Christine Reupke is well-known as both a preserver of traditions and an innovator in equestrian sport. As Director, Equestrian & Breed Sport of the Royal Agricultural Winter Fair and a Senior Equitation, Hunter and Jumper judge, she promotes and preserves horsemanship traditions first celebrated at "The Royal" nearly 100 years ago. 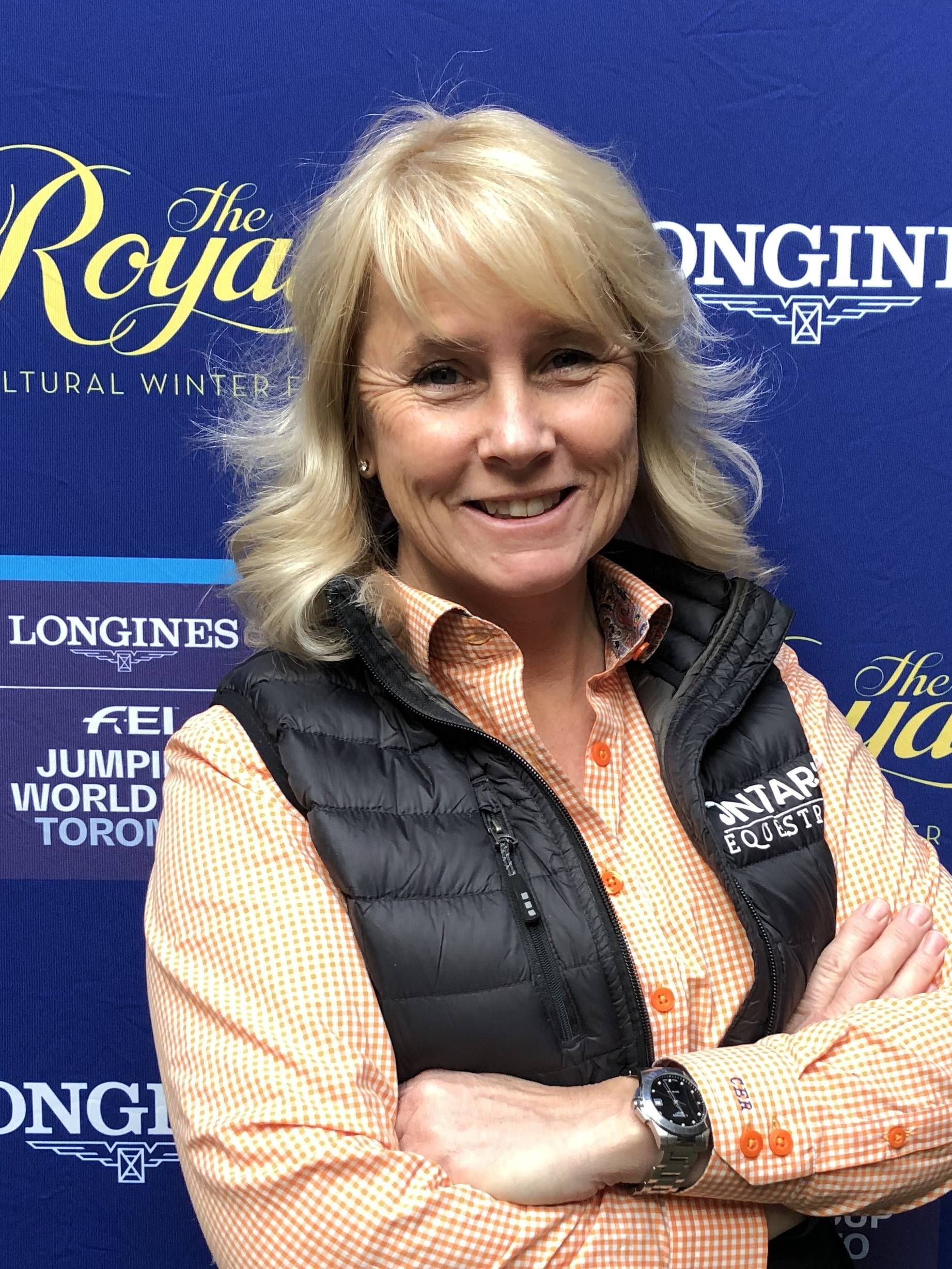 As the creator of the brand new Horsemanship Society International online training and competition site, Christine harnesses creativity and cutting edge technology to do the same on a potentially global scale.

Christine's positions and outlook provide her a broad bird's eye view of what's new in the horse world, from fads in rider position to innovations in horse health and management. That's why Haygain Hay Steaming caught her eye in 2019 as she was ramping up the herculean effort that manifests as the multi-discipline showcase, the Royal Winter Fair Horse Show in downtown Toronto.

Hay steaming caught her notice as an alternative to "the time-honoured tradition" of soaking hay to reduce dust. The horses stabled at Ontario's private training facility, Valley Green, received top quality hay, yet Christine knew that even the best quality hay - from a nutrient standpoint - can be loaded with harmful microscopic particles including mould, bacteria and other allergens. "The more research we did, the more we learned about how soaking can increase mould spores and the effect it has of leeching nutrients."

Bringing A New Idea To The Barn

Christine arranged for a Haygain HG 600 Hay Steamer to be made available to all her fellow horse owners at Valley Green. Developed in the U.K. with extensive research proving its ability to protect respiratory health and improve hydration, appetite and digestion, Haygain Steamed Hay was relatively new to Canadian horse owners at the time.

A range of horses fed steamed hay at Valley Green had positive results. Older horses, both retirees and those still working, were first to get a chance at hay virtually free of dust, mould, bacteria and other allergens. "Our hay quality is already tremendous," Christine notes. "And the results we had with steaming it were very good. Specifically, we noticed less coughing and felt that their airways improved by getting steamed hay."

Based on the quantity they consumed, Christine believes the steaming made the hay more palatable, an observation that's been proven in research during Haygain's development at the Royal Agricultural University in England. "Instead of picking through their hay, they cleaned everything up."

"It's a great product," Christine concludes. "Easy to use and a lot less time consuming than soaking."

When the traditional staging of the Royal had to be cancelled last year because of COVID, for example, Christine was part of the team that created a positive online substitute. For a few weeks surrounding the Royal's normal November staging, its website was a portal to educational and entertaining online content featuring some of Canada's most renowned horsemen.

Happily, the Royal will return to its normal spectacular live staging November 5-14 of this year. It's the jewel of what will be the 98th staging of Royal Winter Fair that typically attracts 300,000 fans.

After orchestrating last fall's virtual Royal, Christine turned her attention to accelerating the launch of the Horsemanship Society International, the online training and competition platform. She'd had the idea well before the pandemic and was underway bringing it to fruition with website development.

When the horse world shut down over COVID, she fast tracked the process. "I launched it a little bit early and we have been making upgrades all year," she explains. HSI members improve their riding and horsemanship skills without leaving their home stable. Training and general horsemanship topic videos are posted regularly. Members can submit videos of their performances to get scores, plus feedback from expert judges and other professionals. Monthly tallies of participants' scores add a fun, competition aspect and points are tracked year-round.

Christine originally conceived the Horsemanship Society International as ideal for those without regular access to top trainers and judges. But the concept has already gained traction beyond that. "We already have a few top barns that have added it to their clients' regular programs."

In all facets of life, the pandemic has expanded the notion of what can be accomplished without leaving home. Christine was ahead of the curve in bringing that reality to the horse world, just as she was in bringing the benefits of Haygain Steamed Hay to her barn mates.