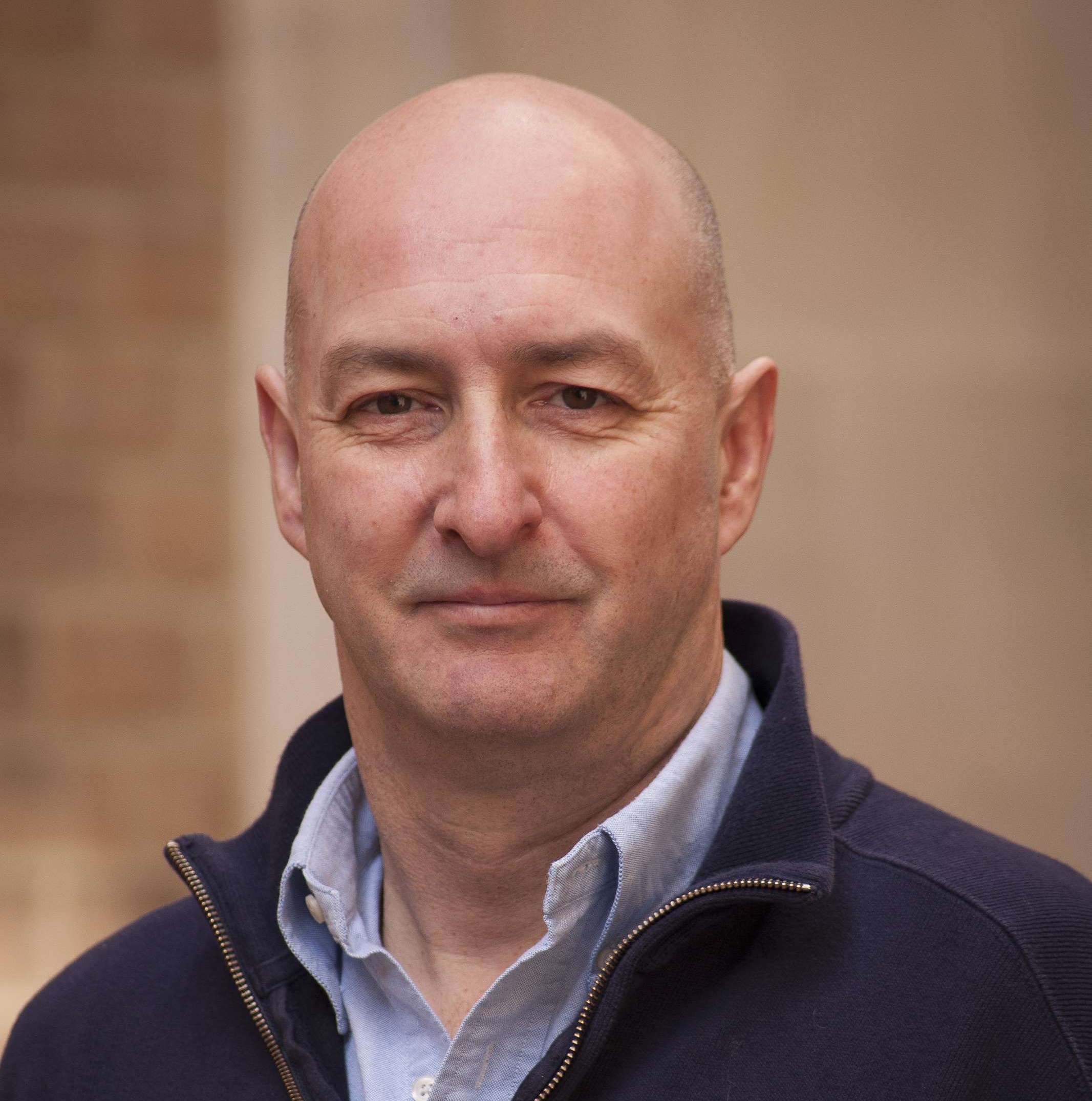 Evolution of the horse

The horse is easily the fastest of the large mammals on the planet. The domesticated horse is an incredible feat of evolution and selective breeding, being able to sprint, run for long periods, pull, jump and through training perform complex movements never observed in the wild (i.e. dressage). What makes this range of abilities even more incredible is that in the wild the horse is an out and out sprinter. The wild horse spends most of its day walking slowly and eating, only occasionally breaking into short 10-20s sprints when startled or when being stalked by a predator. 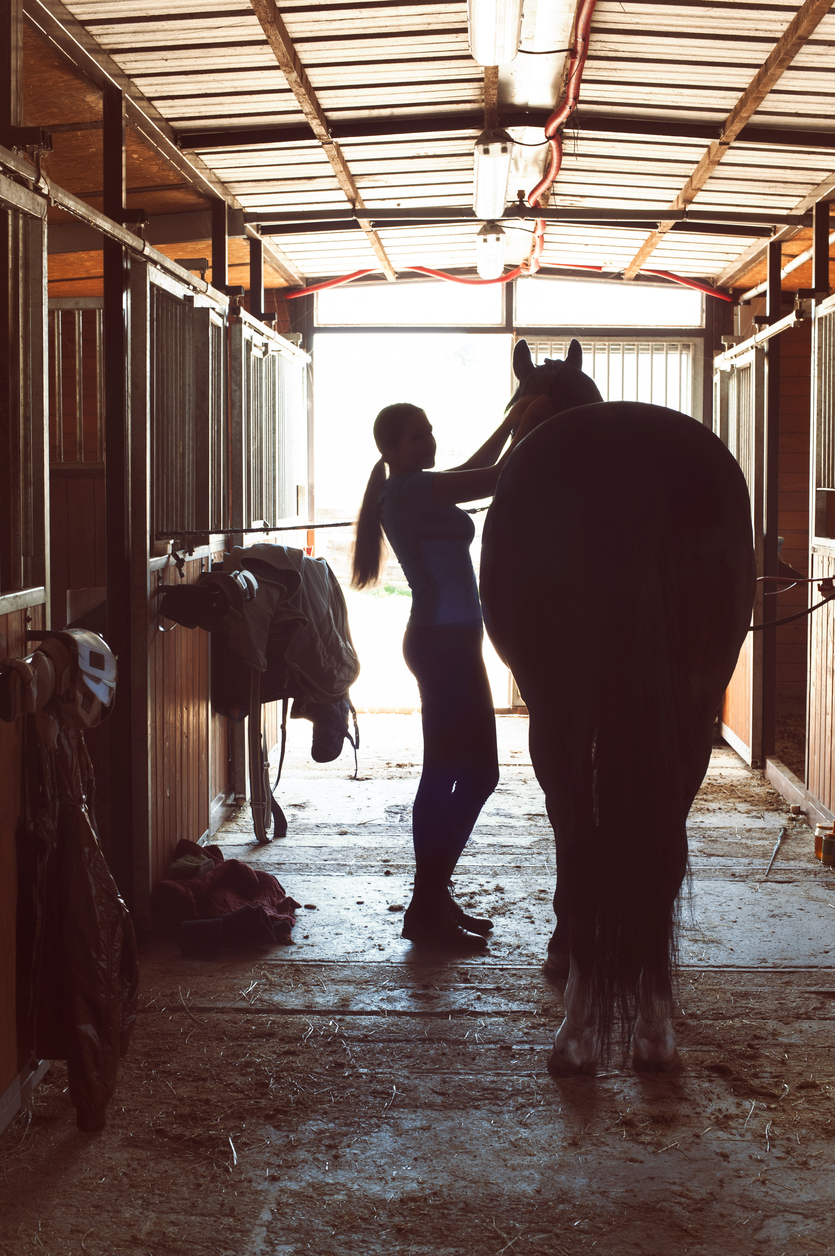 This ability to not just undertake, but excel in such a wide range of activities is due to a  combination of structure and function.

For example, long legs with little weight at the foot and the muscles on or very close to the trunk, a high proportion of muscle (40-50% in breeds such as Quarterhorses, Thoroughbreds,  Arabs and Standardbreds), a large heart even taking into account the horse is a large animal (around 1% of bodyweight so 5 kg in an average 500kg horse) and last, but by no means least, an impressive respiratory system and large lung capacity.

In fact, after the skin (largest) and the gastro-intestinal tract (2nd largest), the lungs are the 3rd largest organ in the body.

The main function of the respiratory system as everyone knows is to bring oxygen from the air deep into the lungs where it can pass from the airways into red blood cells which are separated by a membrane around 1/100th of the width of a human hair. And again, as many will know, oxygen Is required by all living cells in the body – with one interesting exception; red blood cells! The irony is that the cells that move the oxygen around and have the most oxygen available to them don’t use it. Instead they rely on anaerobic energy production (without oxygen) from glucose. However, the respiratory system also does a number of other very important things such removing carbon dioxide from the body, helping to control the pH (acidity/alkalinity) of the blood/body, helping to control body temperature, filtering gas bubbles and clots formed in the blood, releasing hormones and protecting the body from inhaled viruses, bacteria, fungi, dust, etc.

What is particularly intriguing is that short explosive sprints or jumps do not rely on the ability to use oxygen at all which raises the question as to how horses evolved to have such a capacious respiratory system. Even more intriguing is that within a breed such as Arabs, some individuals are out and out sprinters and some are elite athletes. 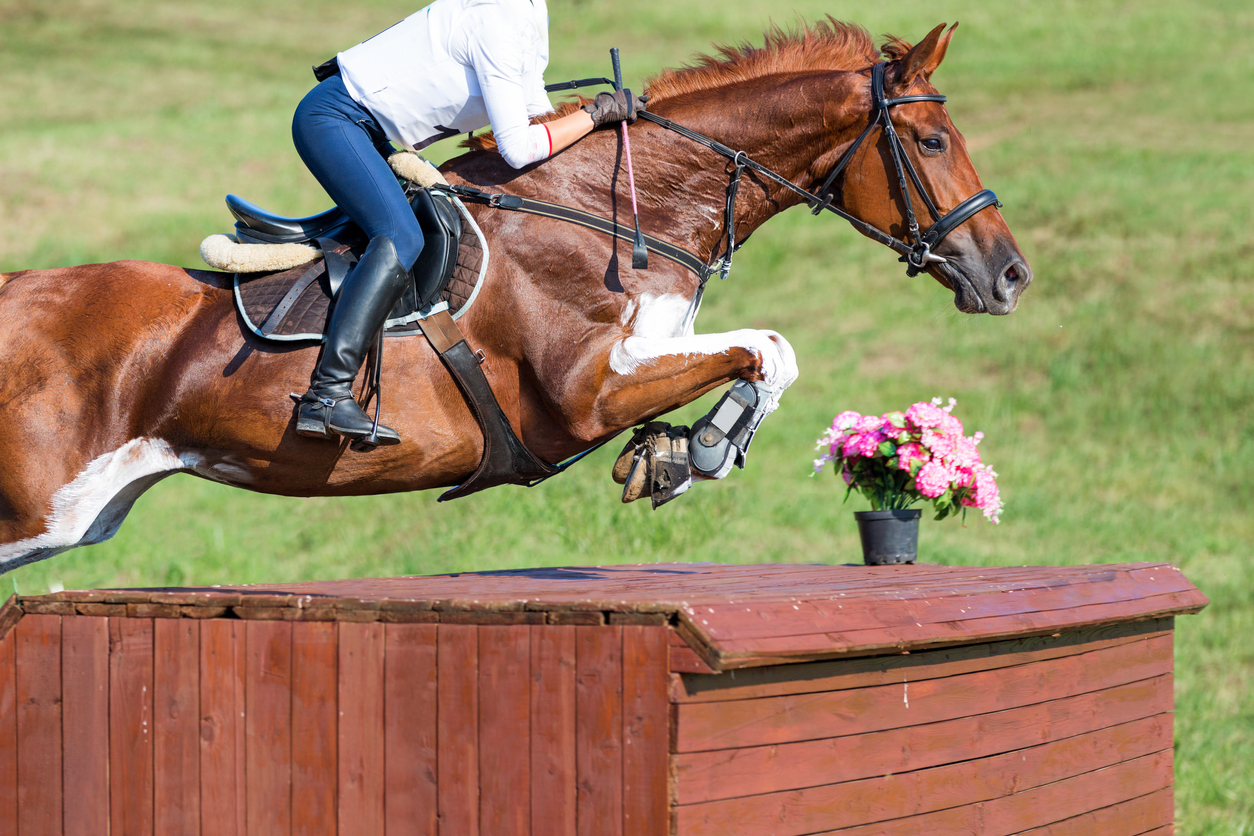 So how important is the respiratory system in performance in different disciplines?

You may have heard it claimed horses can hold their breath for a 5 furlong (1000m) race. While I have observed horses holding their breath from leaving the stalls until up to around 10s as they accelerate but this would not be possible for a 5f race lasting 55-60 seconds. So even in a “sprint” race around 60-70% of the energy is generated aerobically and therefore relies on the efficient functioning of the respiratory system.

In a Quarterhorse race lasting around a minute approximately 60% of the energy comes from anaerobic sources. In this situation we might imagine that having a correctly functioning respiratory system would be less important. However, this is not the case, as if the horse has a sensation of not being able to breathe easily (dyspnoea) either due to upper or lower airway obstruction, this can lead to a horse holding back. 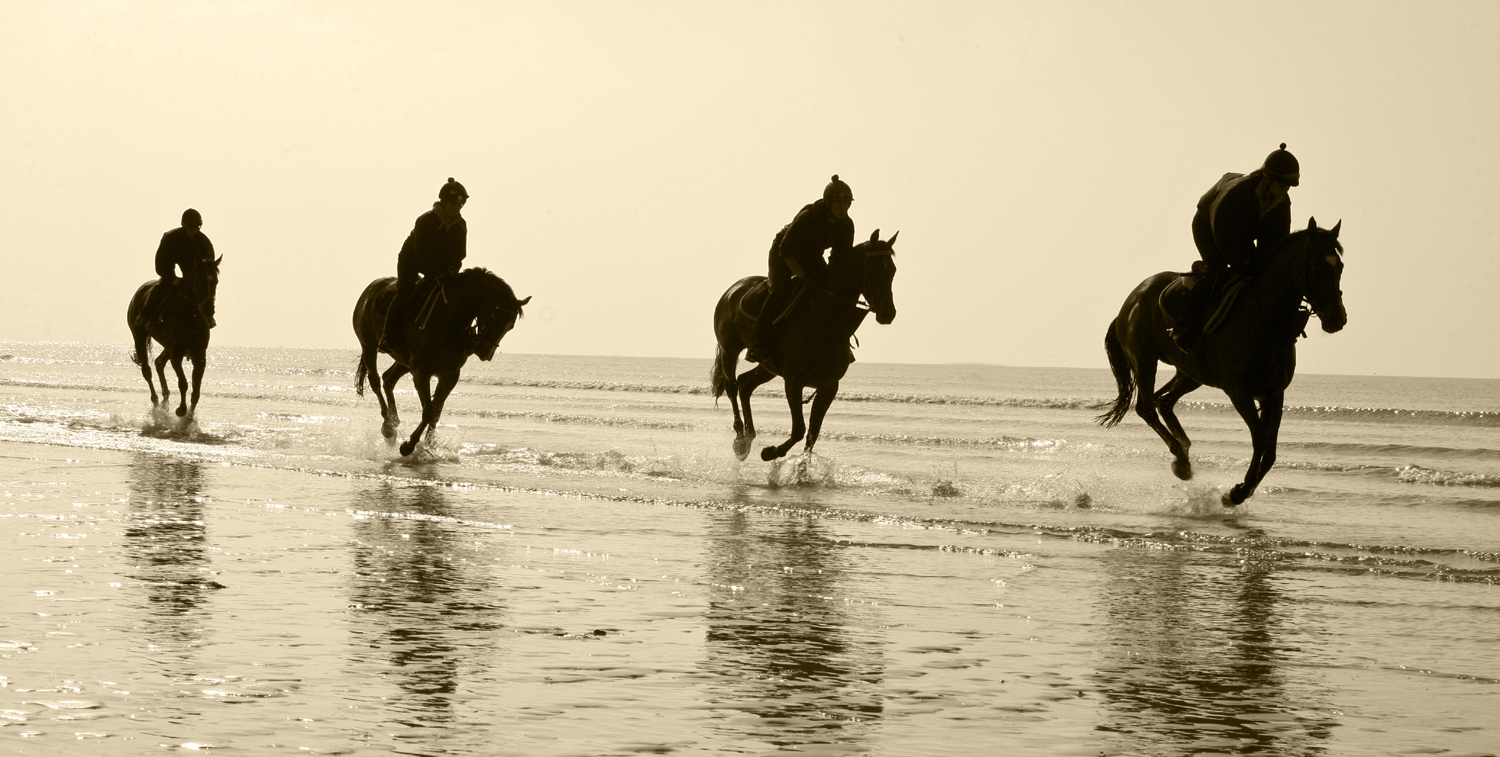 So for Thoroughbreds, as the race distance gets longer, the importance of oxygen delivery to the muscles becomes even greater

The ability of a horse to use oxygen comes in three parts. The first is getting as much air in and out of the lungs as quickly as possible. The second is that oxygen moving from the airways into the blood and being carried by the red blood cells and pumped by the heart to the muscles. The final part is the oxygen leaving the red blood cells and moving into the muscles and finally into the cells and into the mitochondria which use oxygen to release energy stored in sugars and fats.

The role of the respiratory system in the horse

The horse is an obligate nasal breather: it can only breathe through its nostrils, unlike people who can breathe through their nose or mouth or nose and mouth simultaneously. This is because a structure called the soft palate completely separates the upper part of the airway above the mouth from the mouth itself. The nostrils join into a space called the pharynx. Air then passes through the larynx which is a narrowing of the airways and a significant site of airway obstruction even in healthy horses. Horses that are affected by “roaring”, a condition where the larynx does not fully open, experience even greater airway obstruction which can be severely performance limiting. The air then passes through the larynx and down the trachea (windpipe).

The horse is an obligate nasal breather: it can only breathe through its nostrils, unlike people who can breathe through their nose or mouth or nose and mouth simultaneously

The trachea is and oval tube around 80cm long with around 50-60 rings of cartilage. These stop the trachea collapsing under negative pressure when the horse breathes in and perform the same function as the metal spiral rings around a vacuum cleaner hose. As the trachea enters the lungs inside the rib-cage (the largest single structure of the skeleton) they divide into two large bronchi. One bronchi goes to the left lung and one to the right. The horse has essentially only two large lobes (divisions) comprising 90% of the total lung. 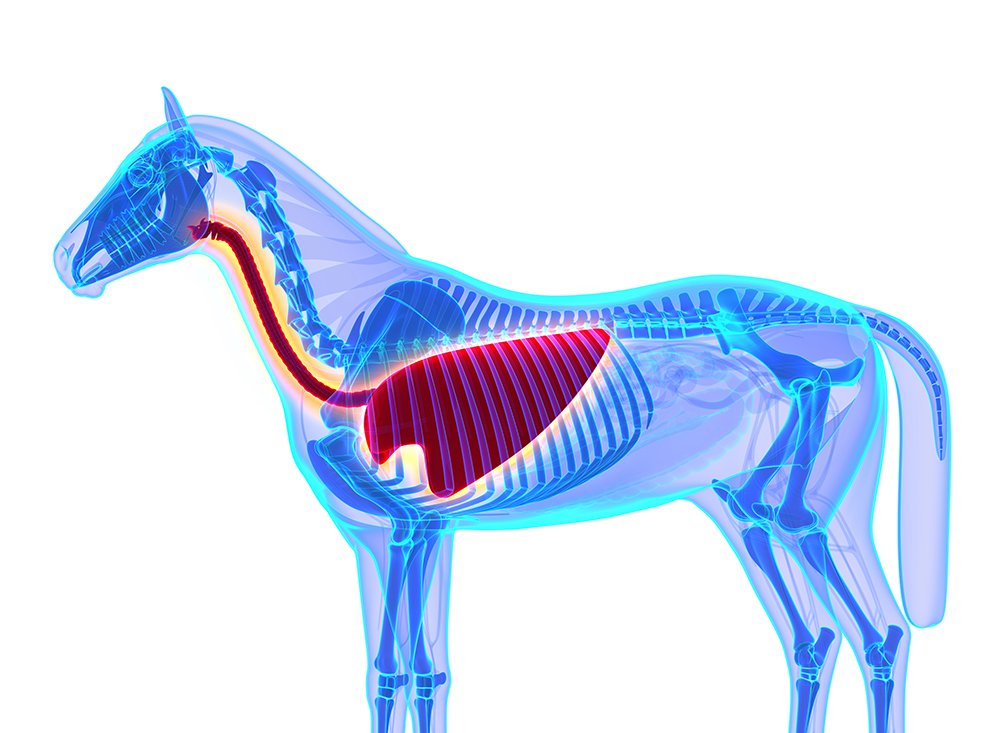 The bronchi divide in a similar way to how the main trunk of a tree (equivalent to the trachea) divides into smaller and smaller branches. The airways as a whole are for this reason often referred to as the bronchial tree. After around 40 divisions we get to the smallest airways and then alveoli where oxygen moves across into the red blood cells. By this time the membrane separating the red blood cells from the air in the airways is 1/100th the thickness of a human hair. The airways and alveoli at this level in the lung are so small they have a tendency to collapse inwards. This is prevented by a substance called surfactant which works like washing up liquid to reduce surface tension. Surfactant is lost during lung infections or if there is bleeding into the lungs. 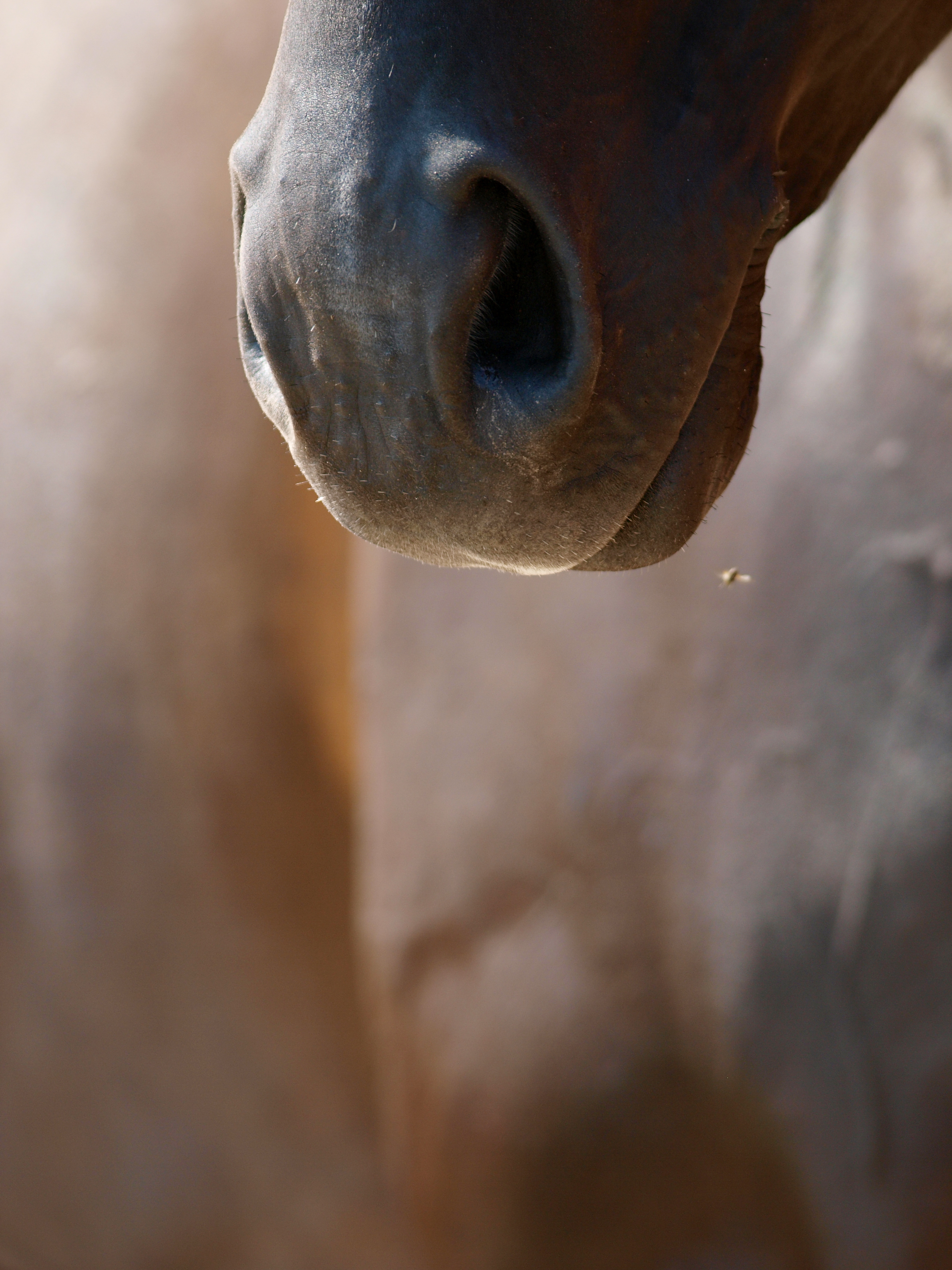 It may be surprising to learn that the lung has the highest water content of any organ in the body – around 90% of the lung is water. This is particularly ironic given that inhaling water leads to drowning.

At rest the average 500kg horse takes around 12 breaths a minute and moves around 5 litres with each breath (called the tidal volume – tidal because it moves in and then out). In total this means 60 litres of air moved in and out each minute. Think 4 buckets. Energy has to be put in by the horse to overcome the resistance to air movement/ around 60% in the upper airways (head and trachea) and 40% in the lower airways (effectively in the lung). The resistance is similar whether the horse is breathing in or out.

During exercise the horse increases the amount of air moved in and out in proportion to how hard it is working. The harder it works, the more air it must move as the harder it works the more oxygen is used. Initially in going from rest to walk and walk to trot, the horse moves more air in and out mainly by breathing faster. However, when moving from trot to canter and canter to gallop, the horse then starts to breathe more deeply and keeps the rate of breathing the same. This is because stride and breathing are linked 1:1 at canter and gallop. Horses increase speed in these gaits not by taking more strides but by taking longer strides. Longer strides means more time to fill the lungs and so the breath size increases.

By the time an average sized horse has reached gallop it may be taking around 120 breaths a minute (2 breaths in and out every second), and moving 15 litres of air (a normal sized bucketful) in and out with every breath. In a minute of galloping the horse will move enough air in and out to fill 6 normal sized household baths (6 x 300 litres = 1800 litres). The air will be whooshing in and out of the nostrils at an average rate of 60 litres/second and as fast as 100 litres/second.  For comparison, a large diameter 3” fire hose would typically have a flow rate of around 30 litres/second.

When it comes to respiratory health there are studies in both humans and horses showing that chronic (long –term) respiratory diseases such as asthma can lead to loss of condition and increased energy requirements. It’s also clear that even low level sub-clinical respiratory disease (disease that is not apparent from observation of the horse) can have a significant negative effect on exercise performance. 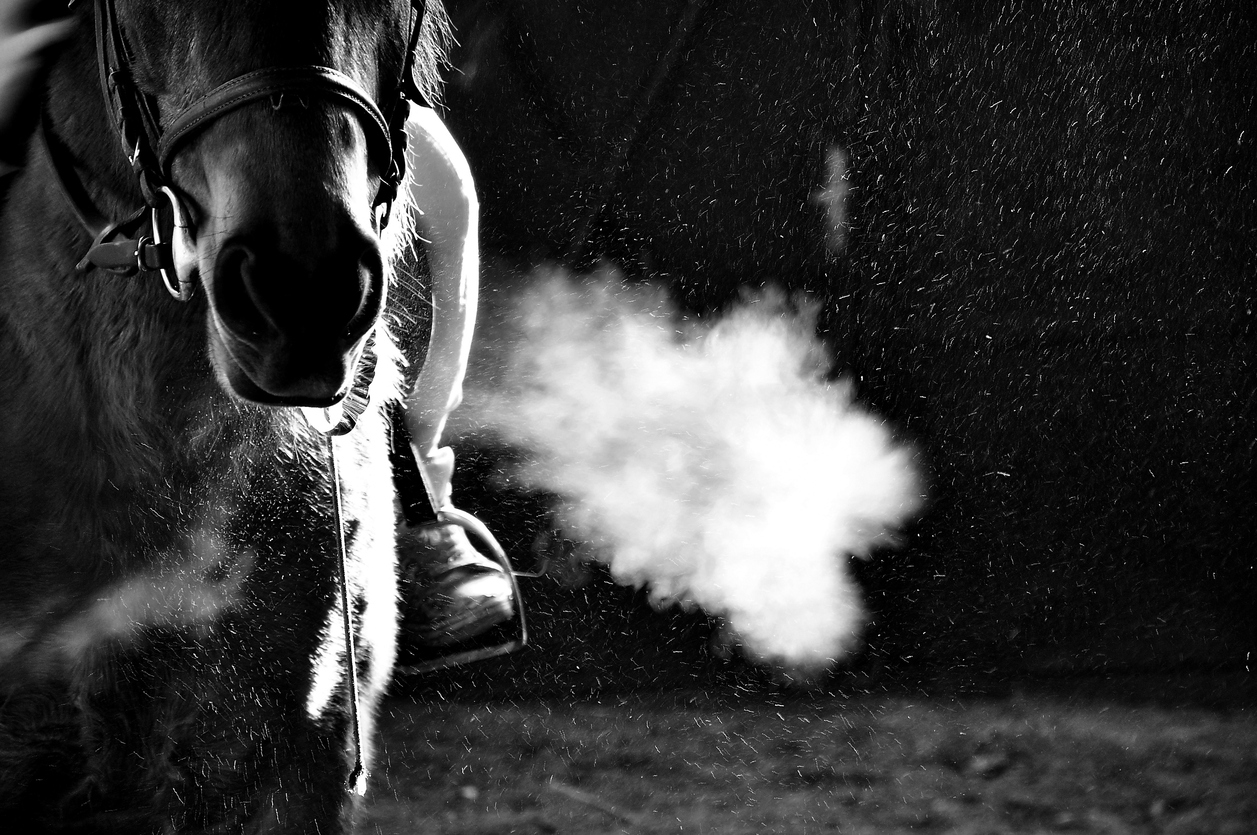 Keeping your horses’ respiratory system as healthy as possible may take on an even more important meaning when you take into account its role in performance. Firstly, despite what you may have read in many articles or even textbooks, you cannot train a horses respiratory system. A fit horse at gallop moves the same amount of air in and out as when it was unfit. Secondly, in the unfit horse the heart is considered to be the main factor limiting performance BUT in the trained horse it is the respiratory system that is considered the main limiting factor to performance. This is because the heart being a muscle adapts and improves it’s “fitness” with training, just like the skeletal muscles do. The lung does not change with training. It doesn’t get bigger. It doesn’t get more efficient. Finally, any damage to the lungs can lead to development of scar tissue and loss of function. Take home message? It pays to look after your horses respiratory health. The importance of the horses respiratory system in health and performance, by Dr David Marlin - part 2 Dr David Marlin tell us everything you need to know about Mucus!

Mucus, Dehydration and Asthma - everything you need to know!...