This Business of Horses

“Not all steam is created equal.” That comes early in the story of Haygain’s development of high-temperature hay steaming. This Business of Horses podcast host Amanda Watson elicited that knowledge nugget from Royal Agricultural University professor Meriel Moore-Colyer in a recent edition.
In a case the equine science expert describes as “product leading the knowledge,” Meriel takes listeners back to a horseman’s hunch about coughing and breathing issues in the horses he and his fellow hunt club members owned. He suspected that invisible irritants in forage were the cause. He wondered if the commercial steam cleaning equipment he worked with in the fashion industry might have horse health applications – in the form of cleaning hay. 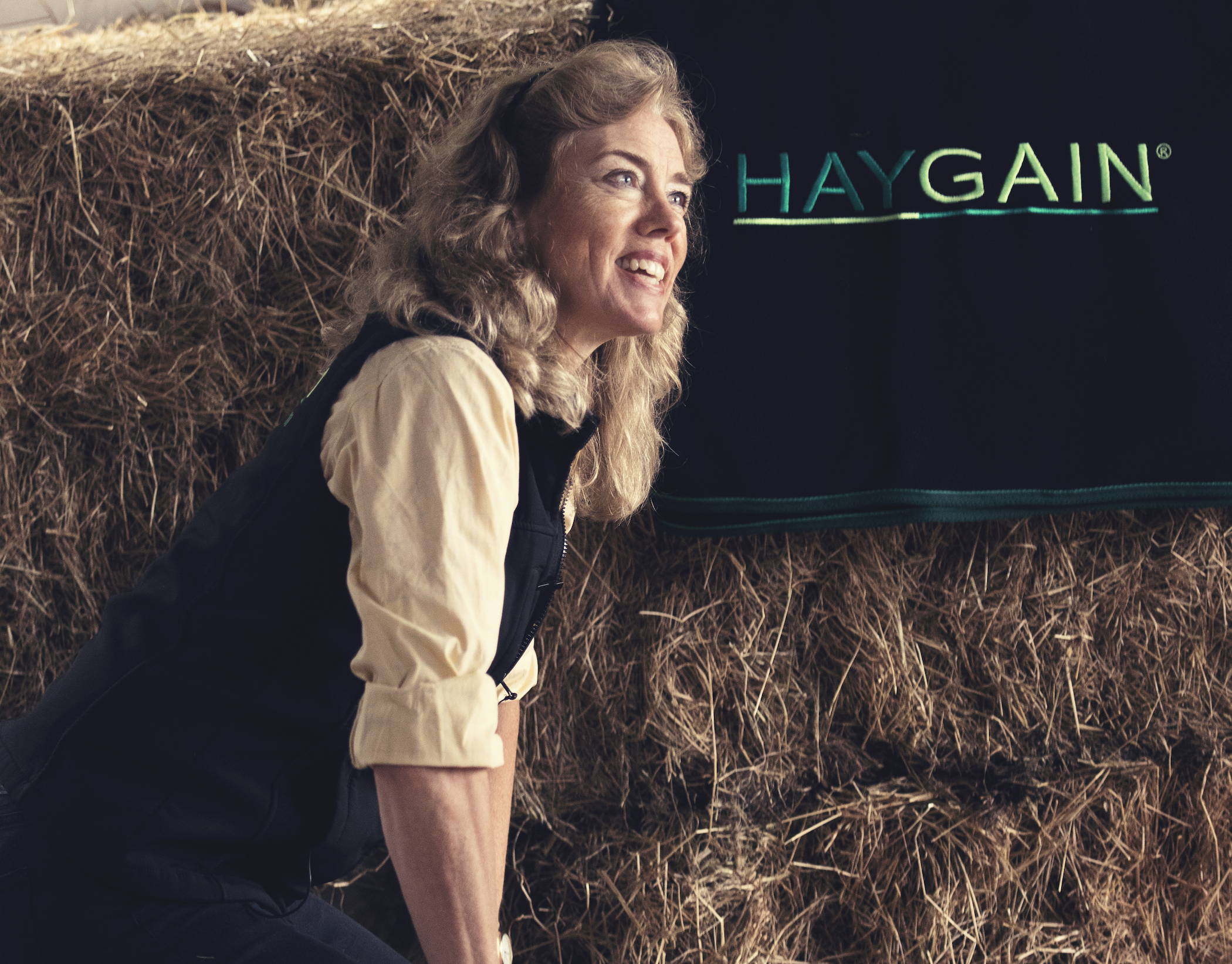 The idea initiated a sea change in the prevention and management of equine respiratory health, with bonus benefits to digestive health and hydration.

Haygain Steamed Hay is now relied on by Olympic equine athletes to backyard best buddy horses worldwide. When it was first introduced to our tradition-bound industry, however, it was a suspicious oddity.

“There was lots of skepticism,” Meriel recalls. “And it was fair enough, really. People said, ‘Oh, we see lots of these new gadgetry type things.’”

Getting the Spikes Right

A unique spike manifold system is the patented part of Haygain’s High-Temperature Hay Steaming process. The system’s ability to inject steam evenly throughout all the hay in a thermally-sealed chest is what sets it apart from DIY and commercial hay steaming methods that emerged in the wake of Haygain’s success.

Getting the spikes right involved considerable trial and error. The configuration and the height of the four spikes was critical. “If the spikes were too low or too high, the steam didn’t go far enough through the hay,” Meriel explains.

Once the spike pattern was determined and combined with an insulated chest, the next puzzle was determining the necessary temperatures and duration for significantly reducing respirable irritants in hay.

Meriel led the research at the Royal Agricultural University in Cirencester, England. “I spent many happy hours counting particles through the microscope.” She compared hay steamed at Haygain’s designated temperatures and durations to hay that had been soaked, the traditional method of reducing dust in forage at the time.

Steaming and soaking both reduced the dust, but when Meriel examined the microbiology of the steamed and soaked forage samples, a scary revelation emerged. “In steamed hay, there was no fungi and very little bacteria,” she shares. “With soaked hay, we had an explosion of bacteria. In some samples, a 5X increase in the bacteria load of hay.”

“So we knew that our steaming removed the respirable particles from hay and improved the hygienic quality of the hay. Unlike soaking.”

Like people, horses can and do tolerate some bacteria in their diet. “Horses are designed to live outside, foraging. The dried grass, like hay, has a certain bacteria load. But if we people get an excessive load of bacteria, we get sick. With the extra high levels in soaked hay, it’s my gut instinct – pun intended – that it will cause a gut disturbance.

“People don’t often attribute bad health to what they are eating, but that is often the case. My feeling is, why put our horses potentially at risk?”

Preserving key nutrients was identified as another benefit of Haygain Steaming over soaking. Forage has important digestive and nutritional benefits for our horses, but soaking leaches many of those nutrients. “OK, you can supplement, but a lot of those are not well absorbed,” the professor noted. “The minerals in hay are naturally chelated, which aids in their absorption.”

“Solution to an Age-Old Problem”

Having been involved Haygain’s development, Meriel enjoys her professorial vantage point on how the product has advanced knowledge, particularly on equine respiratory health. “I think we have really raised the knowledge on this. We have a proven technique with multiple scientific research papers establishing the benefits of Haygain’s steaming method.”

Awareness of hay being dusty existed before Haygain, Meriel acknowledges. “But the impact of that had not been brought to the fore. Together with better diagnostic techniques, like broncho alveolar lavage, we can now see the cellular response to dust in the environment. We can quantify its negative effects on the respiratory system.”

“Haygain is a solution to an age-old problem that is frightening: 80% of young Thoroughbred racehorses suffer from inflammatory airway disease (a condition on the Equine Asthma Spectrum) and it’s the second biggest cause of lost training days for Thoroughbreds – lameness being the first."

Check out the entire interview about Haygain’s development, including how the Forager Slow Feeder built on hay steaming’s success. This Business of Horses is available here.