#SteamTeam riders and horses had an amazing first week of March. Their successes reflect Haygain’s embrace by equestrians from all corners of the world and in various disciplines.

Representing Greece, Haygainer Loli Mytilineou continues to make a name for herself in Wellington. She was named the Martha W Jolicoeur Leading Lady Rider for accumulating the highest number of points among female riders in two of the week’s big jumping classes.

Over in Ocala, Florida, at the World Equestrian Center, Australian steamer Rowan Willis piloted Wellington Grey Goose to victory in the $75,000 CaptiveOne Advisors Grand Prix on Saturday. On Sunday, in the $216,200 Longines FEI World Cup™ Competition at the Live Oak International, Conor Swail of Ireland and Vital Chance de la Roque were 4th, with Canadian Mario Deslauriers, the USA’s Margie Goldstein-Engle and Rowan Willis again in the chase but off the podium this time.

Piaffing back to Wellington for dressage, Steam Teamer Ben Ebeling became the youngest rider to win the Adequan® Global Dressage Festival’s Prix St. Georges Derby on Friday, beating out his coach and the special class’s perennial winner Christoph Koschel. In the “knock out” round, the Derby requires the top contenders to perform a Prix St. Georges test on an unfamiliar horse. The next night, Ben’s dad, US Olympian Jan Ebeling, and Bellena were second in the Grand Prix Freestyle CDI4*. Fellow Haygainer Paula Matute Guimon, of Spain, continued a remarkable season finishing 8th in this same class. The USA’s Sarah Tubman and Balia were victors in the Lovsta Future Challenge Young Horse Grand Prix, qualifying for that series’ finale at the end of the Festival in April. 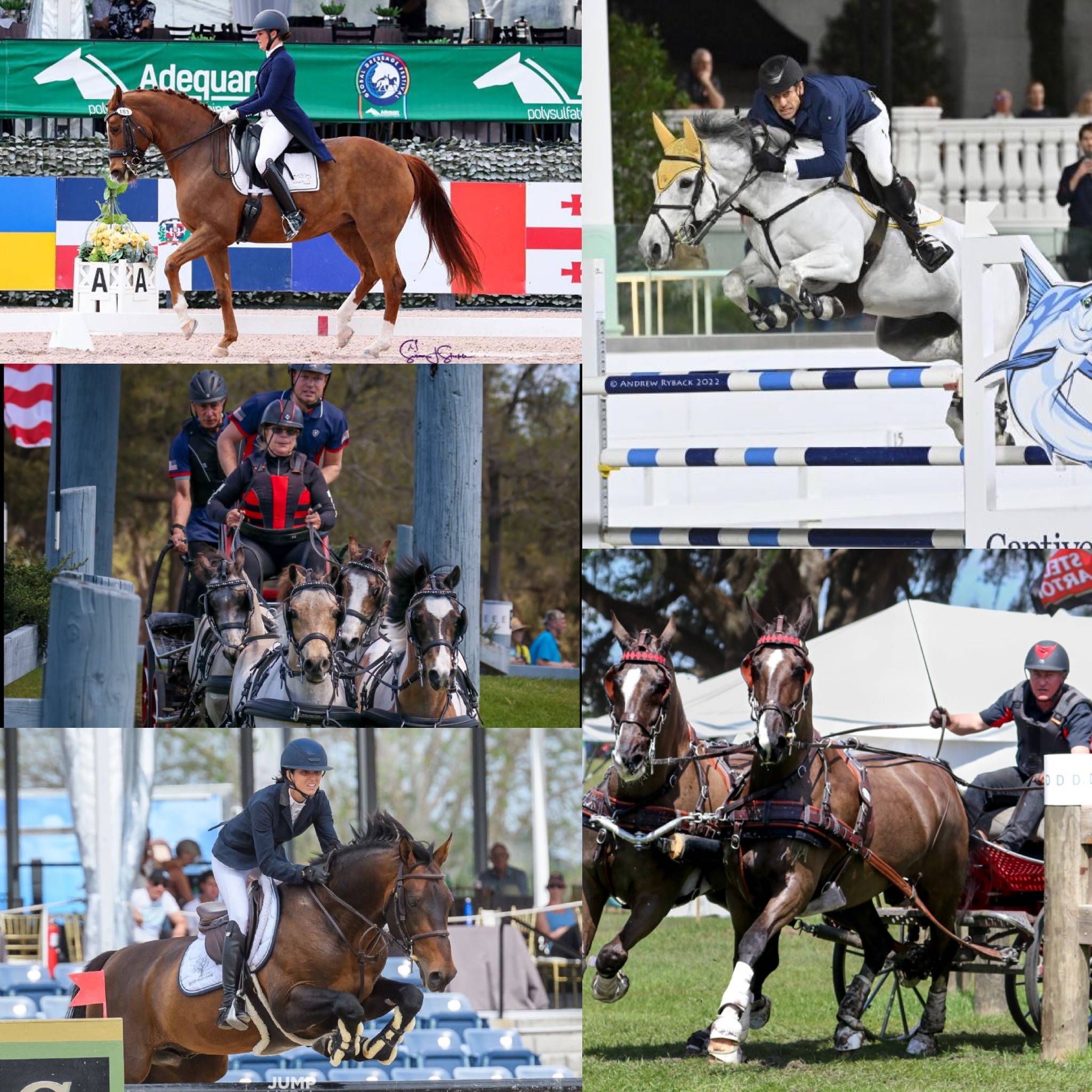 In Portugal, British show jumper Olli Fletcher continued a hot streak at Vilamoura Equestrian Centre, this time a 4th in the 3* Grand Prix. And in Qatar, at the CSI5* Longines Global Champions Tour of Doha, Haygain was well represented by Martin Fuchs of Switzerland, Kevin Staut of France and Marlon Modolo Zanotelli of Brazil.

Good weekend at the office for our growing #SteamTeam!