The daughter of rock ‘n rollers Bruce Springsteen and Patti Scialfa, Jessica Springsteen is earning her own celebrity on the international show jumping circuit. That future was telescoped as a junior with her 2008 win of the ASPCA Maclay National Medal Finals. While pursuing her degree from Duke University, Jessica earned an alternate spot for the 2012 Olympic Games and she has since logged numerous accomplishments, including Nations Cup team efforts for the USA and on the Longines Global Champions Tour. Jessica and her horses split their time between New Jersey and Florida when they’re not contesting the European circuit. 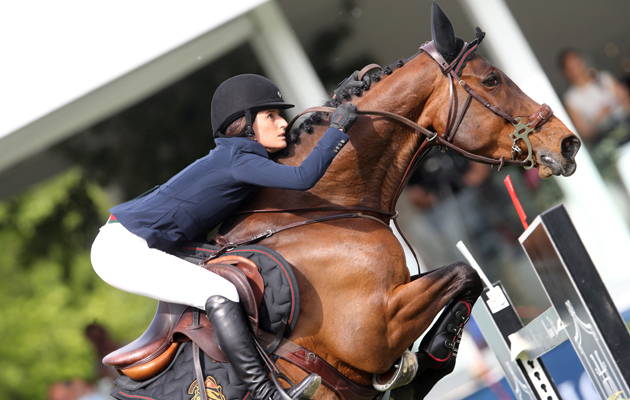 “I love using Haygain steamed hay because it helps improve my horses’ respiratory conditions and has stopped them from coughing. With Haygain’s help, I can make sure the hay wherever I go is never dusty and it’s bacteria-free, so my horses don’t have any issues during competitions.”